Posted on March 29, 2015 by richardmorrisauthor

It was five years ago that I began writing blog posts, and recently my wife gave me two notebooks filled with printouts of my thoughts of the past five years — thoughts connected in some way to my writing and promoting writing.

Shortly after I began posting, I drafted “Bill’s Birthday,” when my friend Bill Byers celebrated his 85th birthday. For some reason, this post never got past the draft stage. So now I’d like to bring the contents of this post back to life even though I can’t do the same for Bill. After a few years of complaining that all of his friends were dying (and I told him that was why he needed younger friends), Bill joined them.

“It was great to celebrate the 85th of a good buddy on Saturday — to meet friends of his who had known him for almost that long, others who were relatives or newer friends like us.  The food was great – especially Yvona’s shrimp and grits, [his wife] Stephanie’s usual specialties, and on and on. One attendee from faraway was Bill’s long-time friend from Detroit and New York going back to when they were new teachers —  Jack Faxon, who owns many of Bill’s paintings and helped him get his controversial Civil Rights Series displayed in Detroit churches back in the 1960’s. Most people at the party took the opportunity to tour Bill’s studio and you can, too, at http://www.ByersGallery.net [no longer online]. . . .

“We told Bill’s friends the story about the circle of new friends who gathered regularly to read and critique a draft of Well Considered.  Bill would make suggestions for changes, and when something didn’t ring true about what I had an African-American do, Stef would say, “Oh, we don’t do that!”  Our draft-reading group was like one of those conversations-about-race groups that sometimes meet these days, sponsored by various organizations. . . . Bill and I continue our discussions weekly when we’re not yakking about  jazz, travel, boxing, politics, or world issues. He’s a World War II veteran, with lots of interesting stories.”  From the “Bill’s Birthday” draft post, April 8, 2010

And from my “Remembrance of Bill Byers,” October 5, 2013: “My wife Barbara and I met Bill and Stephanie at church about twelve years ago. For years, we ate dinner together on Sundays—first in restaurants, then when Bill’s mobility declined, at their home. Barb and I would bring in meals from restaurants or Stephanie would fix gumbo or something. Several times, the four of us took short trips together—once to visit Frank Lloyd Wright’s Falling Water in Pennsylvania. Bill and Stef took the Sunday Post and we took the daily as well, so every morning I would search the headlines for stories I thought Bill would like, particularly on Obama or politics or boxing or obituaries of famous jazz musicians. I would tear out the articles and bring them on Sunday. Bill and I drank scotch together—Johnny Walker Black—watched fights and movies and videos of trips they took to Morocco and Scandinavia. We had a good time arguing. He played the alto sax and was a jazz expert; I was an aficionado and pretended to know more than I did.

“Put Out The Fire” – Fire Hoses in Birmingham

“I enjoyed watching him paint in the basement. Many times he would bring me his finished abstracts for me to evaluate. I was colorblind and not a very good art critic, but I did the best I could. I did a website of about 80 of his paintings that I loved to refer people to. I own two of his paintings today [now three], the sax teacher and pupil, an abstract, and the lady singing the blues, as well as many prints, all of which I prize.

“We argued over politics, economics, race, and class, and many of our arguments ended up in the pages of my novel Well Considered. They were our conversations on race. He and Stephanie and Joe and Carol Herring met with Barbara and me a number of times to discuss the book, and they provided valuable comments on the book and my black protagonist.

“One of our favorite pretend arguments concerned poverty. I would say,

The murder of Viola Liuzzo on U.S. Route 80 from Montgomery to Selma

“I refer to Bill as my best friend. He was a brilliant, creative man, and I will miss him greatly.”

Bill would have liked my recent post about Black Correspondents in World War II (Race Goes To War, by Antero Pietila). By the time Bill returned from the War, he was so disgusted with racism in the United States that he went to Mexico to live and paint. 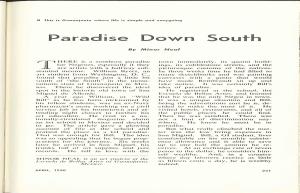 He did not so much like Canoedling in Cleveland in its first draft. He thought there was too much canoeing adventure in it; he thought the focus was going to be the teenagers’ canoodling of the adults to determine why there were no Negroes in their 1960 suburb. I think he was satisfied by the final version of the story, though. I thought of Bill the other day when someone who read the book said, “You should have called it Race in Cleveland.” What’s not enough for one person is too much for someone else. 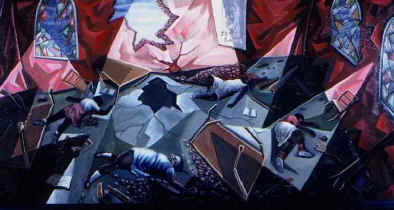